Real Madrid will make a bid to bring Tottenham boss Mauricio Pochettino to the Bernabeu. Argentine Pochettino turned the Spanish giants down in the summer but they would prefer him to replace Julen Lopetegui than former Chelsea manager Antonio Conte. (Sun)

Mourinho could end up back at Real Madrid – where he managed between 2010 and 2013 – with club president Florentino Perez still an admirer. (Spanish journalist Guillem Balague on BBC Radio 5 live)

Real president Florentino Perez wanted to sack Lopetegui after their Champions League victory against Viktoria Plzen on Tuesday, but was convinced to wait until after the weekend’s El Clasico match against Barcelona. (Sport – in Spanish) 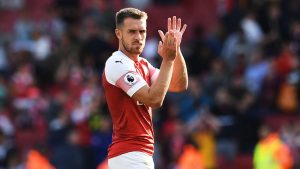 Chile forward Alexis Sanchez, 29, is ready to quit Manchester United in January and is keen on a move to French champions Paris St-Germain. (Mirror)

Chelsea and Nigeria winger Victor Moses, 27, is considering his future at the club over a lack of playing time. (Evening Standard)

Some of Manchester United’sfirst-team players refused to take part in a sponsors’ event on Thursday in protest at the Old Trafford club’s travel planning. The team bus has been late for the side’s past two Champions League home matches. (Mail)

German midfielder Ilkay Gundogan, 28, a target for Ajax,is ready to commit his long-term future to Manchester City and sign a new deal. (Sun)

Ipswich Town are considering Paul Lambert as their next manager after sacking Paul Hurst. (Independent)

Chelsea and former England centre-back Gary Cahill, 32, is considering staying at the club, after previously saying he might leave in January. (Sun)

Crystal Palace will back manager Roy Hodgson in the January transfer window and signing a goalscorer the priority. with a goalscorer top of his wish-list. (Mail)

Leicester manager Claude Puel has said that Jamie Vardy’s modest goal return this season is down to the English striker’s own confidence rather than the team’s tactics. Vardy’s wife Rebekah has ‘liked’ tweets criticising Puel. (Mirror) 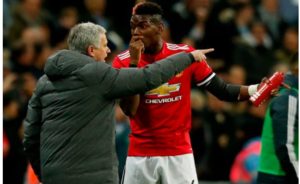 Harvard’s assistant football coach says he would welcome Juventuscentre-backs Giorgio Chiellini and Leonardo Bonucci afterManchester United boss Jose Mourinho said the pair could go to the American university “to give classes about how to be a central defender”. (TuttoJuve – in Italian)