Cristiano Ronaldo will arrive in Turin today, as his Juventus career officially gets underway tomorrow.

The Portuguese superstar signed for the Bianconeri in a €100m deal from Real Madrid, but after his presentation he was granted an extended holiday following the World Cup. 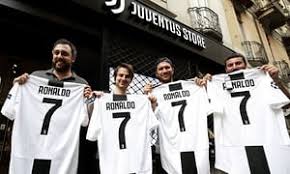 Ronaldo will arrive in Turin today, before commencing training with his new team tomorrow.

Most of the Juventus squad are in the U.S.A for the International Champions Cup, but Paulo Dybala, Gonzalo Higuain, Juan Cuadrado, Rodrigo Bentancur and Douglas Costa will be in Turin for their pre-season training.

Blaise Matuidi, Mario Mandzukic and Marko Pjaca will return later after France and Croatia both reached the World Cup final.