According to Daily Mail a UK news media organisation, Chelsea owner Roman Abramovich today cancelled the £1billion redevelopment of Stamford Bridge days after he was effectively banned from Britain until he can show his money is clean.

The Russian billionaire has not had his visa renewed forcing him to seek Israeli citizenship to regain entry to the country after Whitehall launched a ‘war’ on oligarchs following the Salisbury nerve agent attack.

Mr Abramovich’s extraordinary wealth has transformed Chelsea’s fortunes on and off the the pitch and earned the former Premier League and Champions League champions the nickname ‘Chelski’ because of its Russian links.

But the owner is said to have personally mothballed plans to upgrade its stadium ‘with immediate effect’ because he is ‘unwilling to invest over £1billion into a country where he is not permitted to work’, according to The Times.

Officially Chelsea has said its 60,000-seat arena was put on hold ‘due to the current unfavourable investment climate’ rather than a tit-for-tat row between the owner and the UK Government.

Experts have suggested that pulling his investment could be the ultimate powerplay with the Home Office over his visa – but others say the redevelopment just doesn’t stack up financially because it will cost £1billion to add just 19,000 new seats. 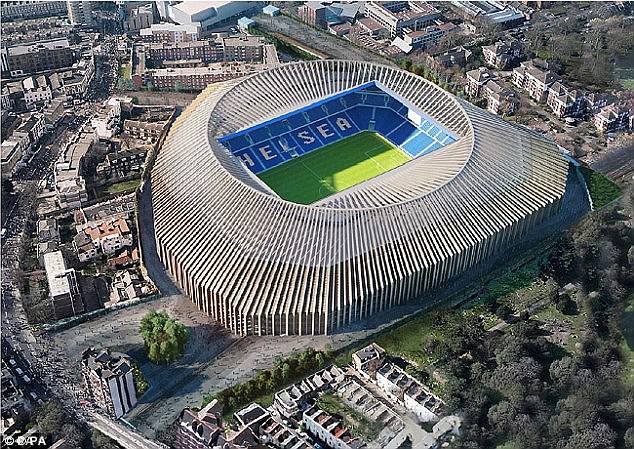 Chelsea have put their plans to redevelop Stamford Bridge into a 60,000 stadium on hold today as their owner wrangles with the Government over his visa

Mr Abramovich is still waiting for his ‘golden visa’, granted to foreigners who invest more than £2million in Britain every year.

Until his is renewed he cannot work for Chelsea and this week it emerged he will officially move to Tel Aviv to restore his access to the UK.

Relations between Moscow and London have been strained since former Russian double-agent Sergei Skripal and his daughter wer poisoned in Salisbury in March.

Britain blamed the attack on Russia but the Kremlin denied any involvement.

As his father’s family were Jewish, Mr Abramovich is entitled to live in Israel – and an Israeli passport would restore his access to Britain, as citizens can enter the UK without a visa.

Local news sites in Israel reported that Mr Abramovich had flown into Tel Aviv this week and received documents confirming his status as an Israeli citizen.

The Times of Israel said that Israel’s interior ministry had confirmed the development. A spokesman for Abramovich declined to comment.

Israel grants citizenship to any Jew wishing to move there and a passport can be issued immediately.

Israeli passport holders can enter Britain without a visa for short stays although they would still require visas to work here.

Mr Abramovich has been a regular visitor to Israel and Ynet said he had bought a property that was formerly a hotel in an old Tel Aviv neighbourhood close to the Mediterranean. 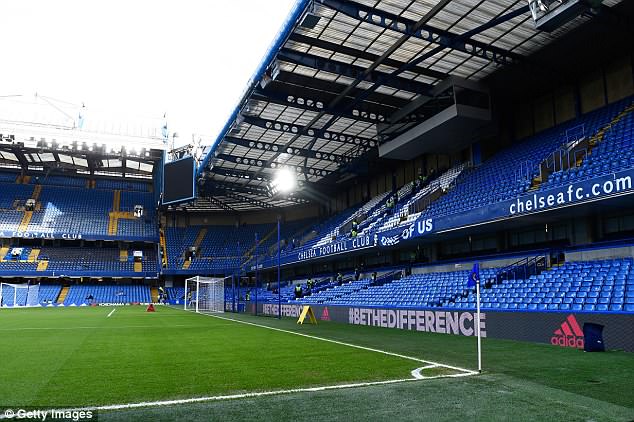 Chelsea has said there is no time frame for the reconsideration of their stadium decision.

There is also uncertainty of manager Antonio Conte, who could be sacked or move to the newly vacant Real Madrid job.

After today’s shock stadium decision Chelsea said in a statement: ‘Chelsea Football Club announces today that it has put its new stadium project on hold. No further pre-construction design and planning work will occur.

‘The club does not have a time frame set for reconsideration of its decision.

‘The decision was made due to the current unfavourable investment climate.’

Stamford Bridge currently has a capacity of 41,631, and if the development plans went ahead then it would have been Europe’s most expensive stadium at a cost of £1billion.

After announcing their plans to redevelop Stamford Bridge, Chelsea faced several obstacles, which included them having to settle a dispute with a neighbour who objected to the construction of the ground.

The Crosthwaite family, who own a home nearby, took out a High Court injunction last year over a ‘right to light’.

In January Chelsea’s request was accepted for Hammersmith and Fulham Council to intervene and compulsorily purchase an interest in land – owned by Network Rail and Transport for London – in order to override the ‘right to light’ principle.

Planned to demolish existing stadium to make way for its replacement

Hotels, restaurants, flats and health club on site would have been knocked down

Plan was for Chelsea to move in for the 2020/21 season, with the club moving out for three seasons

Estimated cost of £500million was first suggested for the project.