PSG is the fourth most expensive club side in the World with a net worth in excess of £911 million at the beginning of 2019/2020 season. This was revealed by a leading French magazine L’Equipe. The magazine also revealed in their data that Neymar is their highest paid PSG player with a monthly salary of €3 million while Mbappe is next with about  €2 million monthly salary during the just concluded season.

The total wage bill of the French Champion rose to (€180 million) in the beginning of the season before the players agreed to a 50% salary cut due to COVID-19 pandemic. 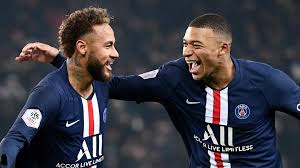 Meanwhile, two players Thomas Meunier and Tanguy Kouassi left the French Champion during the 1st week of July after their contract with the club ended. Both players left the club on free transfers. Mauro Icardi who was on a season long loan deal from Inter Milan has signed a permanent deal worth (€50 million) and add on’s worth (€8 million) with the French Champion. He put pen to paper for a four year deal which end in the summer of 2024.