The Premier League has announced its new broadcast tender for the next domestic rights package, which runs from 2019 to 2022.

According to The Daily Telegraph a Uk newspaper, four full rounds of Premier League games will be available in the new TV rights auction, replacing the existing record of £5.136 billion deal struck 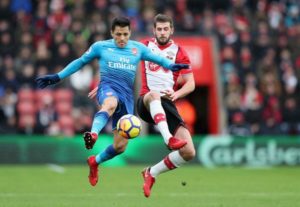 Seven different packages of matches will be made available. They will include eight Saturday night games kicking off at 7.45pm in a push by the world’s richest soccer league to offer more fixtures in a new slot to its domestic rights partners, which are currently Sky Sports and BT Sport.

Broadcasters will bid for rights to show a record 200 live matches, which equates to over 50 per cent of the league’s 380 games and is an increase on the current deal of 168.

One package will contain 20 games consisting of two midweek programmes while another will include midweek and a bank holiday fixture schedule, meaning full match day schedules will be available to UK viewers for the first time.

No single buyer will be allowed to acquire more than 148 matches per season. The auction for rights is to be held in February, according to reports.

The domestic rights for the Premier League are expected to be awarded by the end of February. Alongside BT Sports and Sky Sports, internet giants Amazon and Facebook are rumoured to be considering bids, with the former recently adding the UK rights for men’s tennis’ ATP World Tour to its agreement to simulcast live coverage of Thursday night games in the National Football League (NFL) this season.