Juventus forward Paulo Dybala has tested positive for the coronavirus for the fourth time in six weeks, according to reports.

The player was first confirmed positive on March 21 along with his girlfriend Oriana Sabatini.

According to Spanish programme El Chiringuito, Dybala has had a total of four tests in six weeks as a result of his initial diagnosis, with the most recent coming back positive.

In a message released by the player recently, he explained how he had been struggling to breathe. Now he says he claimed he and his girlfriend were feeling much better, but still need to shake off  the virus from his system.

He said and we quote; 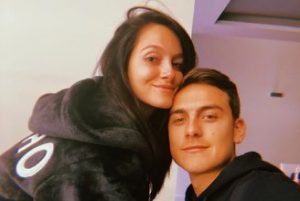 “Luckily [we are] much better, these days we do not have any symptoms,” said Dybala.

“I had stronger symptoms, I got tired very quickly, when I wanted to train, I was short of breath after five minutes. There we noticed that something was not right and through the tests the club did we were told that we were positive.

“From there we had more symptoms, such as cough, tired body and when we slept I felt very cold, but from the club they had told us that we were going to be fine so we had to be calm.”

We wish him a quick recovery.