Lightening struck for a second time in two years in the NPFL, as newly promoted Bendel Insurance stunned hosts Akwa United to a 2-0 scoreline at the Godswill Akpabio Stadium in Uyo on Sunday, Abbeylivenetwork.com reports.

Insurance dominated game and were rewarded for their supreme attacking play. 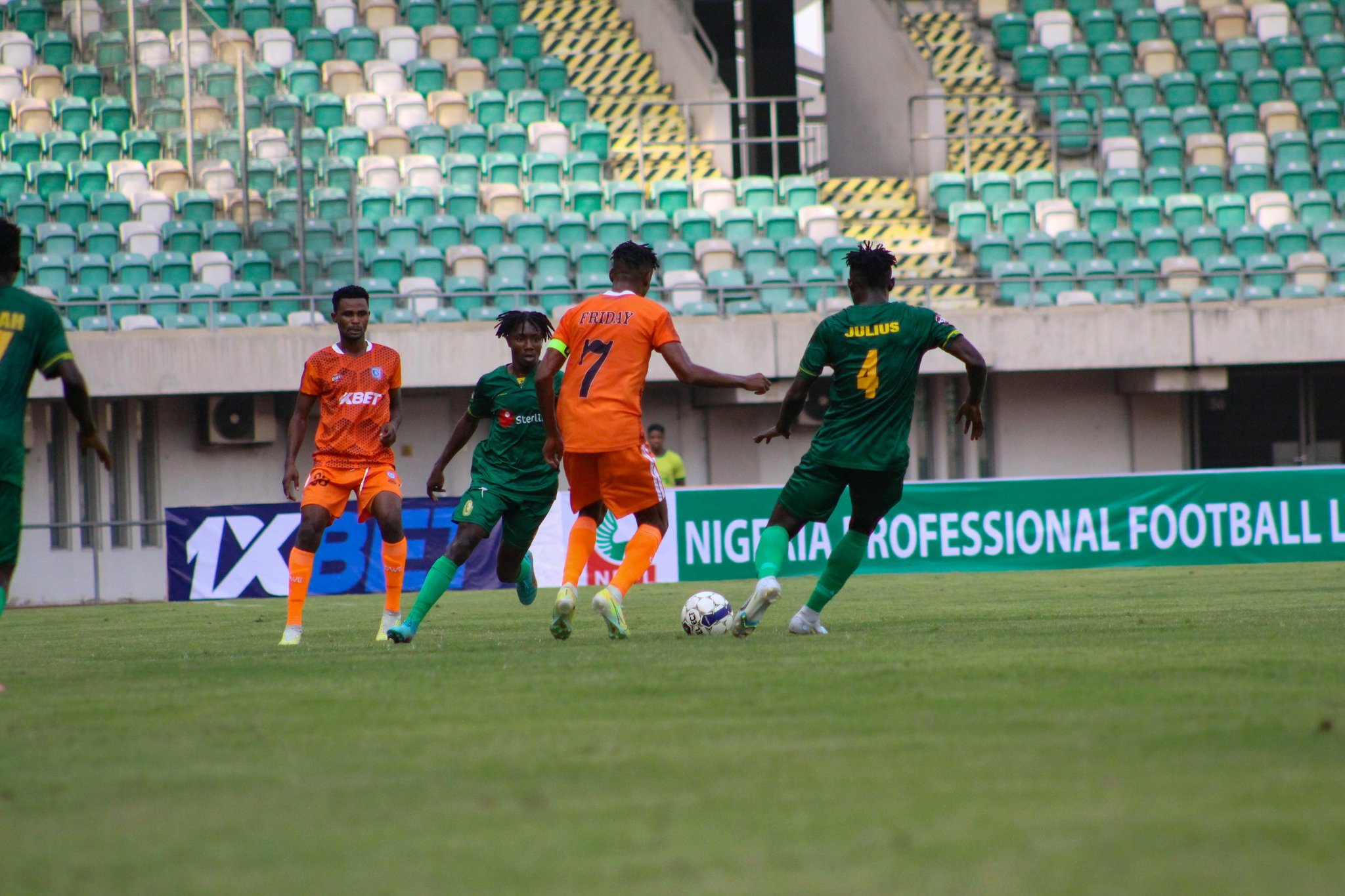 Imade Osehenkhoe gave the away side the lead on 37th minute following a superb pass from Divine Nwachukwu.

Ismail Sarki put the game beyond the home team on 41st minute.

It was the first time Insurance have scored two goals in an NPFL game since they lost 3-2 to Zamfara United in October 2007.

The defeat for Akwa United is also similar to the 2019 season – the last time the NPFL was played in an abridged format – when they lost their first of the season to El Kanemi Warriors.

Nine more matches, all scheduled for next weekend will mark the completion of the game week one of the 2023 season. 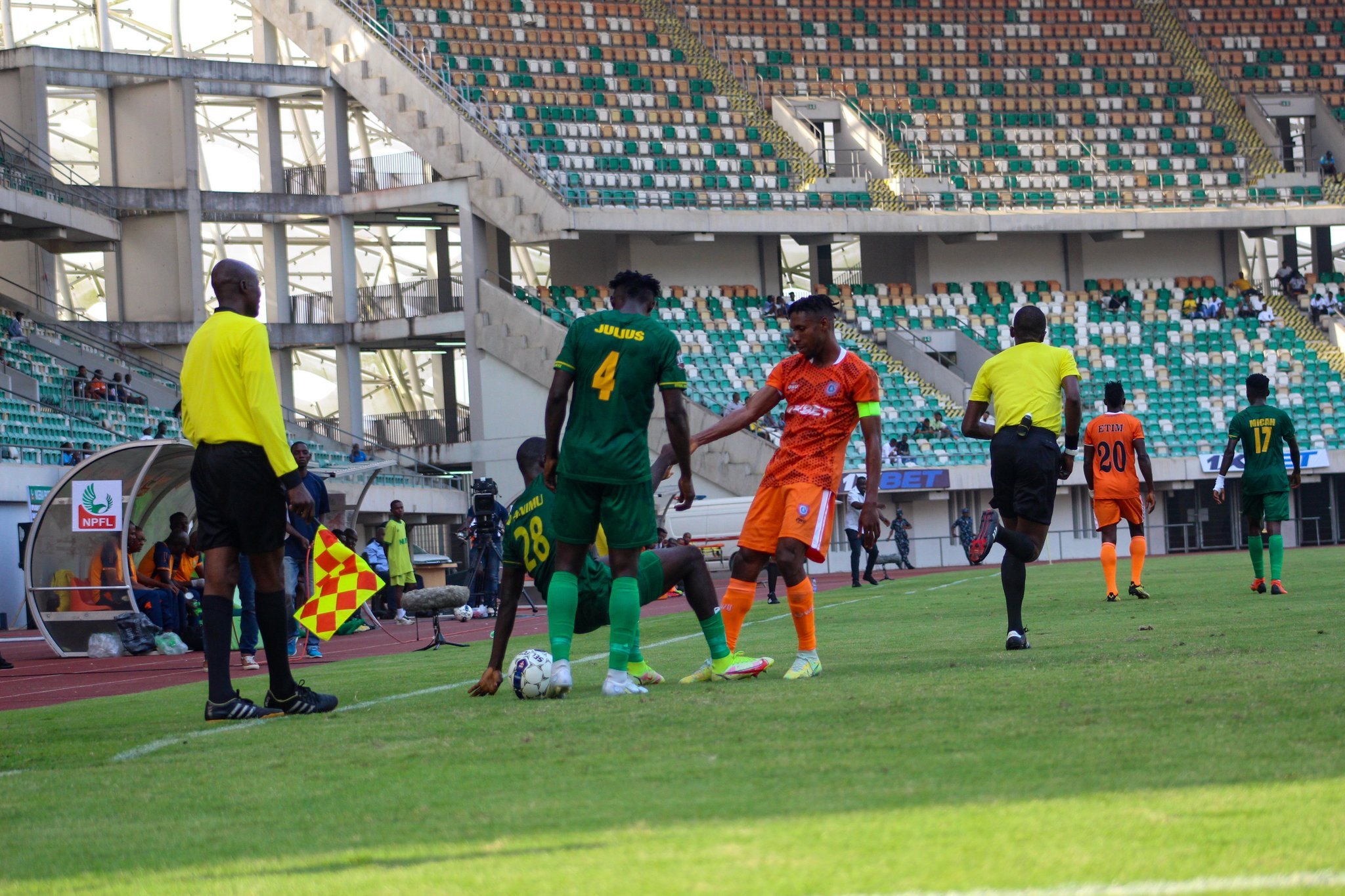