Mesut Ozil to become one of Arsenal captains

Ozil’s summer has been decimated by poor performance on the field at the World Cup in Russia and a crisis in international diplomacy that resulted in his decision to quit the German national team last Sunday.

Despite all this,Mesut Ozil is set to be named as one of new manager Unai Emery’s captains for the team. 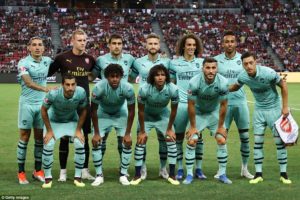 Ozil was very much at home with Arsenal after enjoying a successful night against PSG in Singapore the other night. He stared in the drubbing of PSG as he grabbed Arsenal’s opener by applying the finish to a sweeping counter-attack involving Henrikh Mkhitaryan and Pierre-Emerick Aubameyang.

Will Mesut Oil be a good captain?