FIFA has officially announced the three-man shortlist for The Best Men’s Player 2018.For the first time since 2006, FC Barcelona superstar Lionel Messi was snubbed, while an African made the grade. The shortlists for the The Best Goalkeeper and Coach of the Year were also revealed. 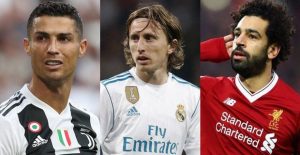 To reach this decision, a panel of FIFA legends, including Brazil legend Ronaldo Nazario, former England boss Fabio Capello and former Chelsea midfielder Frank Lampard, compiled a 10 man initial shortlist, which did not even include last year’s third-placed star Neymar.

Subsequently, the voting ran from 24 July until 10 August, with four groups of the football community being allowed to vote. Journalists, fans, national team coaches and captains – each section having a weighting of 25% – were asked to vote for their favourites, with their preferred option receiving five points, second choice three and third place one point.

The Best FIFA Men’s Player is aligned with the previous season instead of the calendar year, meaning it rewards performances in the 2017/18 campaign. The Best FIFA Award, is the successor of the FIFA Ballon d’Or after joint organisers FIFA and France Football split up last year, with France Football’s Ballon d’Or being awarded later in the year.

Cristiano Ronaldo, who won the past two editions of the award and five in total, is once again among the final three, but this time his bitter rival rival Lionel Messi did not make the final shortlist for the first time since 2006. 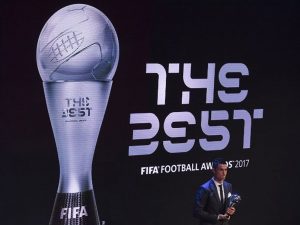 World cup golden ball winner and newly crowned UEFA player of the year winner Luka Modric and African Footballer of the Year Mohamed Salah are the other two finalists.

The finalists for The Best Coach of the Year are Zinedine Zidane (Real Madrid), Didier Deschamps (France) and Zlatko Dalic (Croatia)

The winners will be announced during the FIFA awards gala on 24 September in London.