De Potters and Smart City called the shot at the end of Day One of the Jagaban Cup in Groups A and B of the tournament held for scouting of talents and also to drum up support for the All Progressives Congress (APC) Presidential candidate, Asiwaju Bola Ahmed Tinubu ahead of the 2023 General Elections, Abbeylivenetwork.com gathered.

In the opening Group A game played at the Mobolaji Johnson Arena, Lagos, 36 Lion defeated Messiah FC 2-0 through the goals of Odom Chika and Edem Joseph while Smart City pipped Olukismet 2-1 in a Group B tie.

Alade Balogun drew the curtain raiser from the penalty spot in the 26th minute for Smart City and he doubled the advantage in the 42nd minute for his second goal of the game. Olukismet reduced the goals arrears in the 49th minute through Abdulrazaq Ridwan. 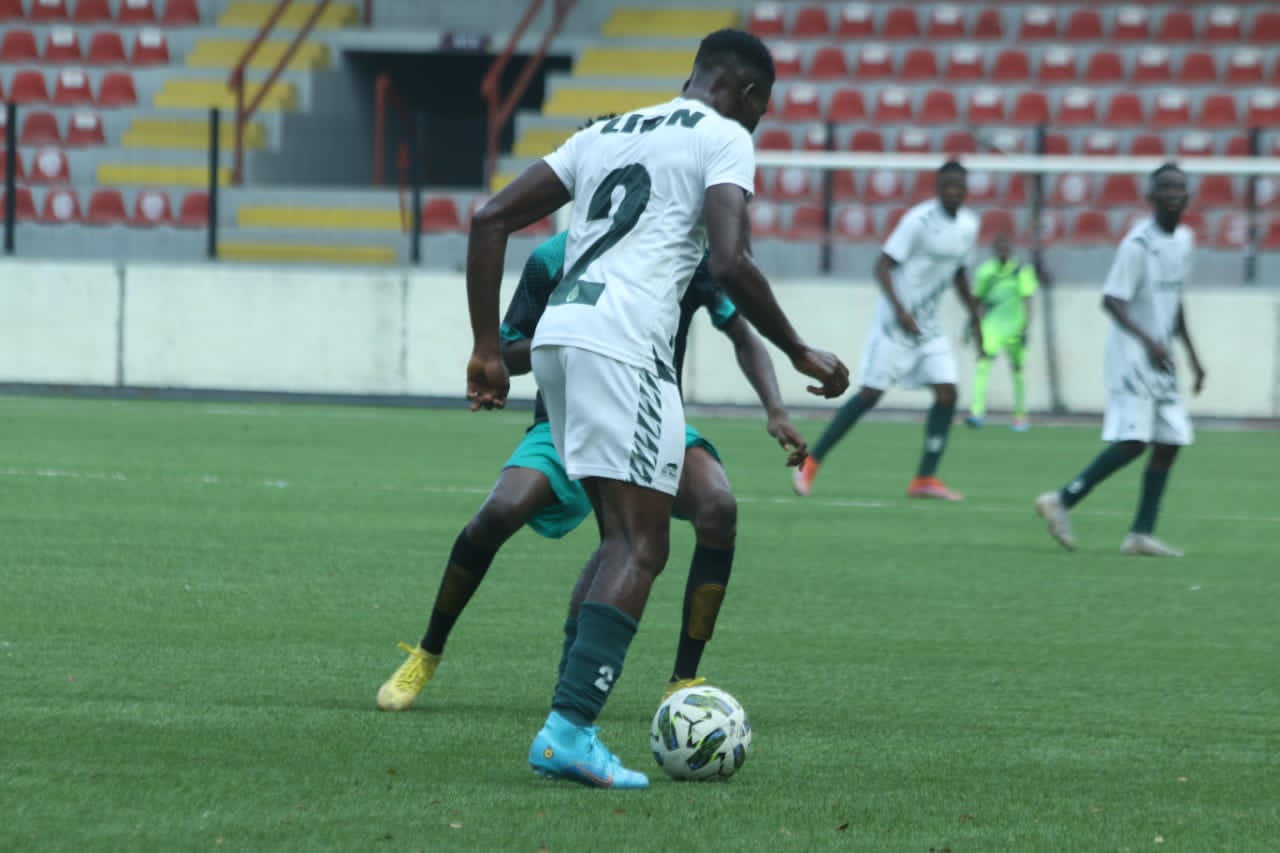 Relegated MFM managed to defeat 36 Lion 2-1 in the fifth game of the opening day of hostilities to hand the Lions their first defeat of the tournament. Saliu Murtala popped up with the opener for the Olukoya Boys in the 28th minute but 36 Lion replied with the equaliser in the 43rd minute through Ede Joseph. MFM had the last laugh when Ishyaku Yusuf swept the ball into the top corner for what turned out to be the winning goal in the 54th minute.

Day One fixtures was completed with the exciting 1-1 draw between Ikorodu City and Smart City FC.

At the end of the first day of hostilities, De Potters are atop in Group A with three points from one game while 36 Lion and MFM FC are second and third with three points each also but Lions have played two games. Badagry United and Messiah FC are fourth and fifth with no point yet. 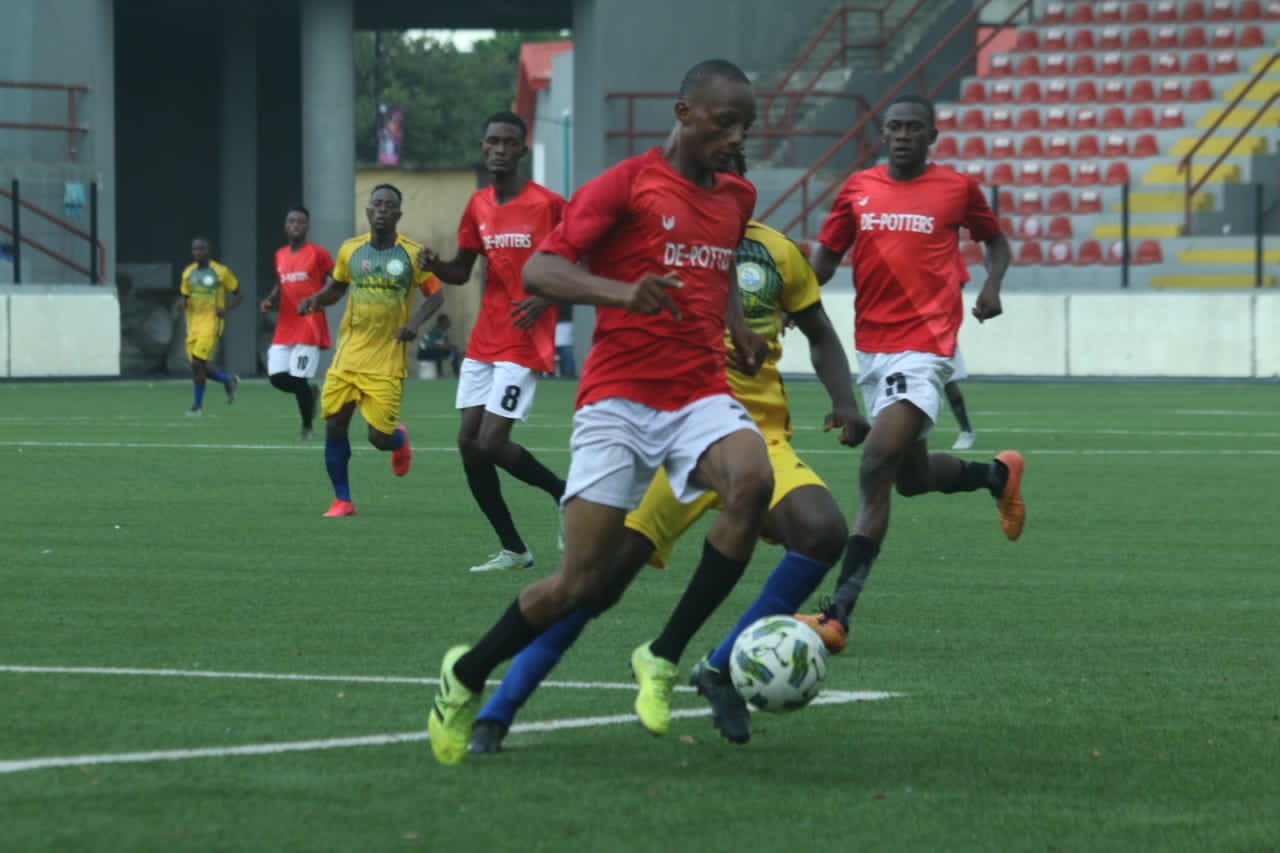 In Group B, Smart City are at the top with four points from two games. FC Bethel are second with three points while Ikorodu City are in third spot with a point. Olukismet and Jo Sportyne are yet to secure any point.

The Jagaban Cup games continue on Wednesday morning at the Mobolaji Johnson Arena. 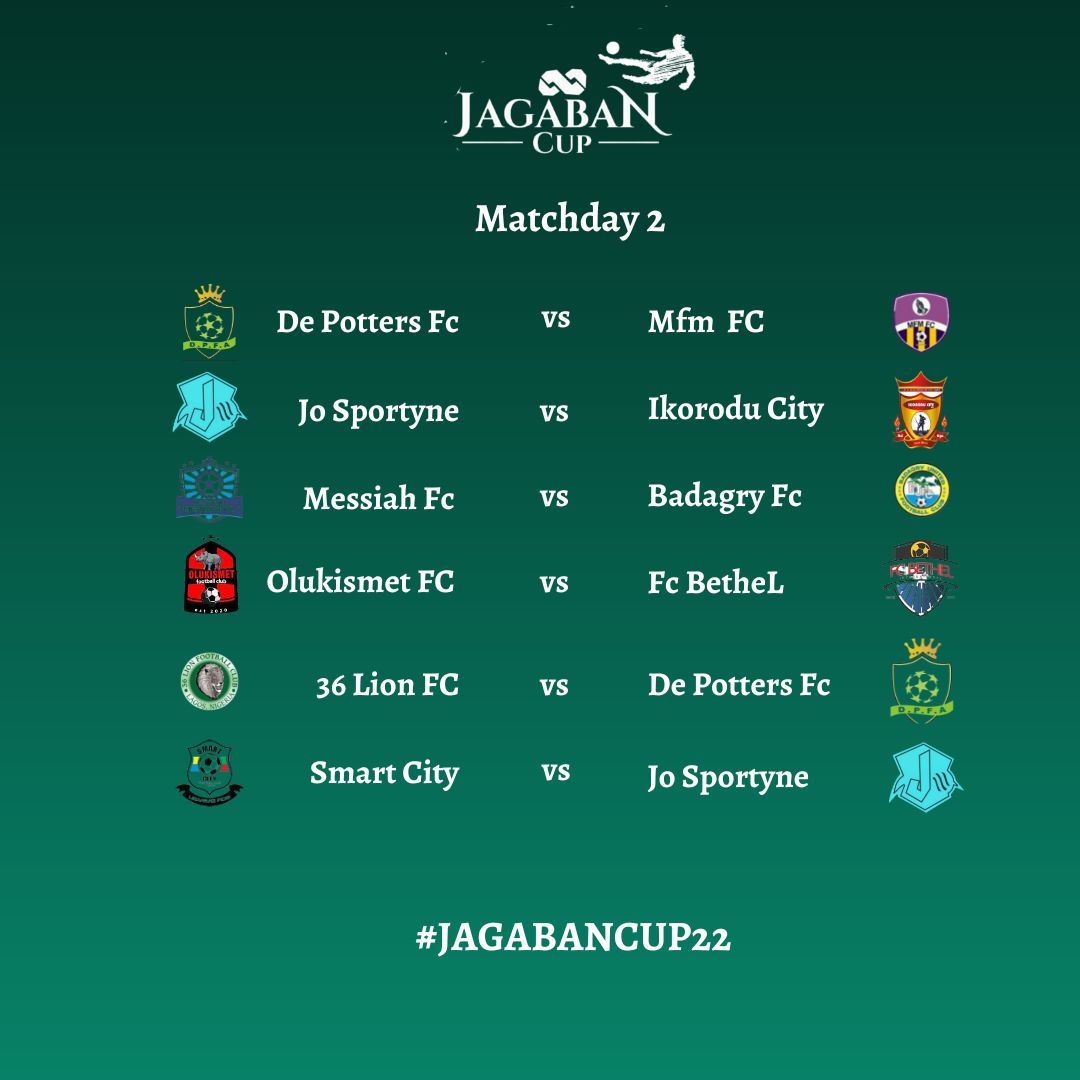