Luka Modrić the Real Madrid CF was crowned the UEFA Men’s Player of the Year 2017/18 at a ceremony which took place in Monaco yesterday. The Croatian midfielder, who was very instrumental in his club’s impressive third consecutive UEFA Champions League title last season, wins this award for the first time.

HOW HE WON IT

The jury that picked him was composed of 80 coaches of the clubs, which participated in the group stages of the 2017/18 UEFA Champions League and UEFA Europa League, together with 55 journalists selected by the ESM group, representing each of UEFA’s member associations. The final result was based on the total number of points from the votes cast by the coaches and the journalists. 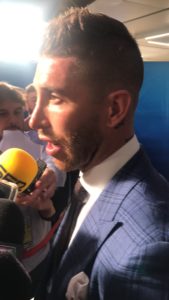 Receiving the award on stage, the 32-year-old Modrić said:

“It’s an incredible moment for me and I feel excited and proud to have won this great award. I would like to thank everyone who voted for me to receive the award, my club, Real Madrid, my coaches and my teammates who support me through the highs and lows. This award belongs to them as well.” 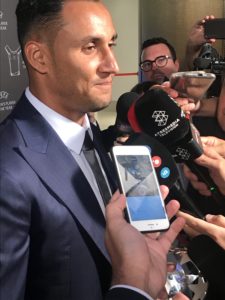 The UEFA Player of the Year awards recognise the best players, irrespective of their nationality, who have played for a football club within the territory of a UEFA member national association. The awards are based on players’ performances during the 2017/18 season in all competitions, both domestic and international, and at club and national team levels.

Apart from the best player award, four players were presented with the UEFA Champions League positional awards during the 2018/19 Champions League group stage draw at the Grimaldi Forum in Monaco.

The jury for these awards was comprised of the coaches from the 32 clubs, which participated in the group stage of the 2017/18 UEFA Champions League, together with 55 journalists selected by the ESM group. The final result was based on the total number of points from the votes cast by the coaches and journalists.

Finally, during the Monaco ceremony, English and European football legend David Beckham was presented with the 2018 UEFA President’s Award by UEFA President Aleksander Čeferin for his outstanding career and services to football at both national and club level. Also, the Georgian national team player Guram Kashia received the inaugural UEFA #EqualGame Award aimed at recognising a player who has acted as a role model in promoting diversity, inclusion and accessibility in European football.