Lionel Messi’s and his camp have been locked in negotiations with Barcelona hierarchy over a new deal for some time, with just 12 months remaining on the four-year deal he signed in 2017. Everything seems to be going on smoothly until the 33 year old multiple award player freeze the talks recently.

A radio station Cadena Ser claimed Messi have backed out of all contract talks with Barcelona. This and many other reports in Spain now confirmed Lionel Messi is now prepared to leave Spain at the end of his contract next summer. 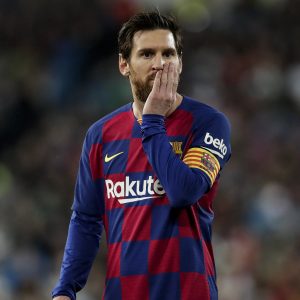 In recent times, Messi has faced a lot of criticism and the Argentine is also unhappy with a number of recent leaks that have come from the club – notably suggestions that he and the squad initially did not want to take a pay cut during the coronavirus crisis – and feels he is attributed with responsibility for club decisions he has little say in.

Barcelona as things stand are four points behind their arch rival Real Madrid with a lot of things happening on and off the pitch in which many are blaming Messi for the side’s recent misfortune. 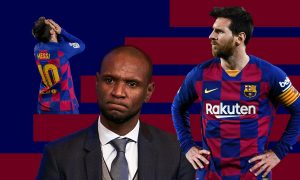 It is interesting to note that Lionel Messi had the option to leave the club this summer due to a clause in his contract – which permitted him to leave for free each year if he so wished – but has elected to stay.and remain committed to Barca in the short term.

The Catalan club want to sign and tie the 5 times Ballon d’or winner to a one-year rolling contract with the option to exit, which would till his till 2023 when he turn 36. Barca still hope to convince Messi to stay, despite the short-term deal they are offering the best player in the World. 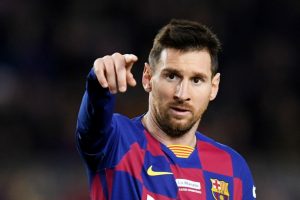 There has been a lot of suggestions that Messi would like to finish his career by playing for the Argentine club he was signed from by Barcelona as a schoolboy.  Manchester City and old boss Pep Guardiola are now in the equation because they are long-time admirers of the diminutive striker. PSG is another option for Messi to continue his career as the Paris club have the money and all it takes to engage his services despite his age.