Jose Mourinho Watered and Milked in the head while Arteta’s face saw blood in the dressing room bust-up at Old Trafford.

It was a free for all last night inside the tunnel as about 20 people including players and officials of Manchester City and Manchester United were involved in a free for all fight. JOSE MOURINHO the United boss was reportedly hit on the head with water and milk by the Man City players who were visibly angry about the approach of the Manchester United Manager towards their goalkeeper.

According to reports, It was alleged that Mourinho barged into the dressing room of Man City to confront Pep Guardiola’s players over their “raucous” celebrations following their 2-1 victory in the Manchester derby.

Meanwhile, MIKEL ARTETA was reportedly left with “bloodied face” after the extraordinary bust-up in the Old Trafford tunnel. According to reports credited to respected journalist Daniel Taylor claimed witnesses said former Arsenal ace Arteta was left  with blood all over his face following the shameful brawl. It was also alleged that Manchester United striker Romelu Lukaku was said to be ‘prominently involved’ in the 20-man brawl.

As at the time of filing this report, the main cause of the bust-up is yet to be credibly ascertained other than the rumours 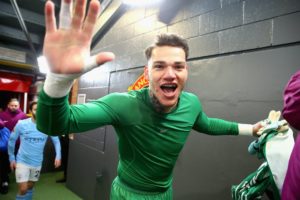 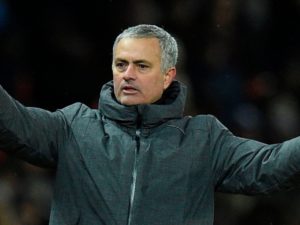 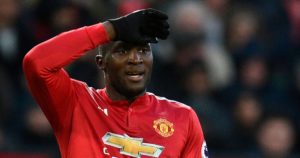 that Jose Mourinho barged into the City dressing room and asked the City players to show some respect and later accused the City goalkeeper Ederson for play acting.