Neftchi Baku intend to take a closer look at 36 Lion midfielder Peter Oluka when the player travels over for a trial with the club on Thursday, Abbeylivenetwork.com reports.

According to 36 Lion Adviser, Gafar Olawale Liameed, the nine-time Azerbaijan Premier League champions have invited the player over to Baku.

Oluka was spotted by Neftchi Baku at the recently concluded Jagaban Cup that took place at Mobolaji Johnson Arena.

He was the best midfielder on display at the four-day tournament which had the backing of 36 Lion Investment, Diamond Sports Management and Lagos Enigma. 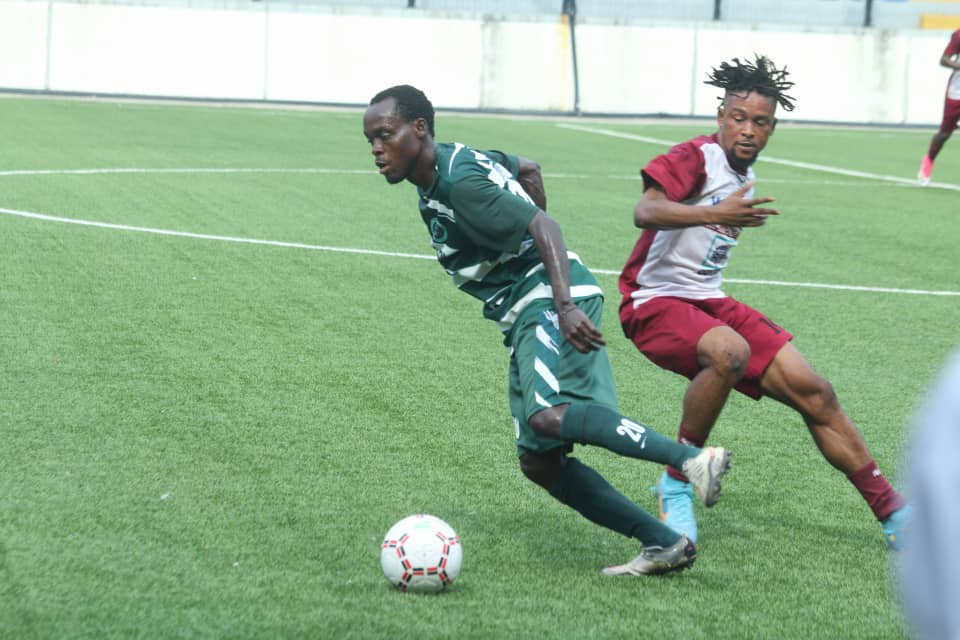 As you would expect from any young Nigerian prospect, Oluka ranks as one of the highly rated Nigerian midfielders who can boast of an exciting work-rate, supreme technique and passing ability.

He does have the invention, creativity and has been earmarked as a “destroyer” that is, shutting down the opposition’s play in midfield, outside, and just about everywhere.

One trait that sets Oluka apart from his peers is his intelligent movement. On a basic level, he has good pace and acceleration which allows him to provide adequate guard for defenders.

Given his great mobility, he’s not afraid to work and play from the channels.

Oluka’s spatial awareness is good enough that he’s often initiating attacking moves and playing quick combinations. He is expected to impress the coaching staff of Black and Whites.