Dan Azeez is the current British Light Heavyweight Champion and he is highly rated in British boxing.
Dan had a phone interaction with Abiodun Ilori of Abbey Live Network last night in which he said he’s keen to come to Nigeria to showcase his talent to his people in Nigeria. He also stated that his love for Nigeria is out of this world. Everything about him is Nigeria despite his not living in the country. 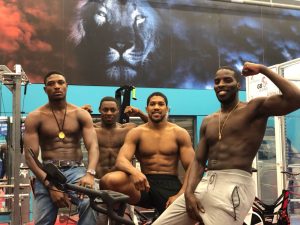 He went on to confirm that his motivation is not about the money but getting his Nigerian brothers and sisters behind him as he step up his quest to become a World Champion. Dan is currently ranked in the top 10 in his division in England and he is a hot cake.

Dan Azeez has not lost a fight since he turned pro with 11 fights,  7ko’s and won 3 fights on points. 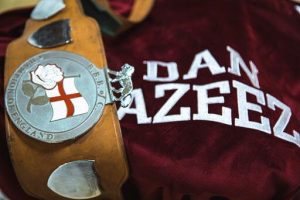 Abbey Live can authoritatively tell Nigerians that we have secured the permission and rights to show all the fights of Dan Azeez in Nigeria.