The President of Liberia George Weah who is 51 played for 79mins in an international friendly for his country against Nigeria.

Searching through the statistics, Weah is now the oldest ever player to play in international football. Previous oldest player, according to statistics site rsssf (rsssf.com/miscellaneous/…), is Yorghos Koudas of Greece – who was 48 when he played his last international. 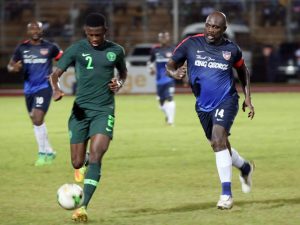 The former AC Milan striker, received a standing ovation when he was substituted in the 79th minute of the encounter.