According to the FIFA press release, 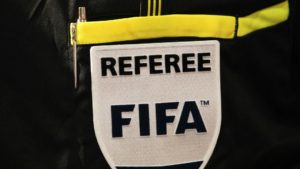 FIFA’s Referees Committee has announced the match officials who will be in charge at the forthcoming FIFA Club World Cup UAE 2017.

Six refereeing trios, one from each confederation, will officiate the matches. FIFA has also selected eight more referees to operate as video assistant referees (VARs) during the tournament.

All of the selected match officials will arrive in Abu Dhabi on 30 November 2017 to complete their final preparations before the first match kicks off.

The FIFA Club World Cup UAE 2017 will be held in Abu Dhabi and Al Ain from 6 to 16 December 2017. The final will be played at the Zayed Sports City Stadium in Abu Dhabi on 16 December.