According to a report monitored on Daily Mail, Callum Hudson-Odoi was arrested on suspicion of rape in the early hours of Sunday morning after a model he reportedly met online and invited to his home was taken to hospital.
The report further confirmed that Metropolitan Police officers attended reports of an incident at the England international’s apartment after being called by the woman. An ambulance also attended the scene. 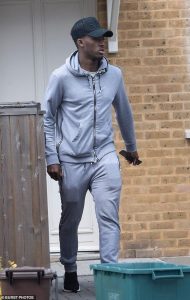 The 19-year-old player was picked up by the officers and taken into police custody before being released on bail the same day. Callum later reported to Chelsea’s Cobham base on Monday for a coronavirus test ahead of the return to group training this week.

The spokesman for the Police in a press release said abd we quite: ‘Police and London Ambulance Service were called at 03:53hrs on Sunday, 17 May to a report of an unwell woman.

‘When emergency services attended, a woman reported that she was raped. She was taken to hospital.

‘A man was arrested at the scene on suspicion of rape. He was released from custody and bailed to return on a date in mid-June.’
Police returned to Hudson-Odoi’s property on Sunday to continue their investigations into the matter.
Only last September, he became one of the best-paid teenagers in world football after signing extended terms with the Blues worth a mind-boggling £180,000 per week. 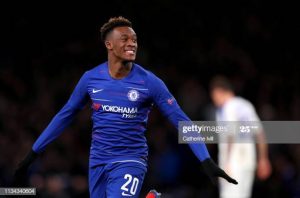 Meanwhile, Hudson-Odoi’s representatives and Chelsea both declined to comment on Monday night.

Several media organisations have been analysing the effect of Callum’s latest saga. The  Telegraph believe that Hudson-Odoi won’t appear at Chelsea’s first training session today due to his off-field problems.

Leaving the rape allegations to one side, Hudson-Odoi is likely to be quarantined after his rendezvous last weekend.

Having broken lockdown restrictions and come into contact with people outside his household, Hudson-Odoi is expected to be required to remain in isolation while providing a series of negative tests. Even a negative result for Hudson-Odoi is unlikely to mean he could restart training.

The Telegraph also report that Chelsea are “likely” to punish Hudson-Odoi for breaking social distancing rules.

While the paper fail to note how Chelsea will punish the winger, the assumption is that Hudson-Odoi will be fined.

Whatever happens from now on, Hudson-Odoi has a battle on his hands. 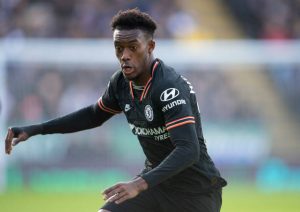 However, the Times believe that the teenager may have a tough time playing for Gareth Southgate in the near future.

The Times noted that, like Chelsea, the FA are yet to react to the rape allegations.

Moreover, the paper note that the FA no longer have a ‘code of conduct’ for their players.

According to the Times, as was the case when Raheem Sterling, the Manchester City forward, clashed with Liverpool’s Joe Gomez on England duty at St George’s Park this season, disciplinary matters are dealt with at Southgate’s discretion after consultation with the senior players on the leadership group.