The global sporting bodies are beginning to take coronavirus pandemic very seriously. The ATP and WTA tennis have decided to cancel the BNP Paribas Open in Indian Wells, Southern California over concerns about the outbreak of the new coronavirus, making it the first major sporting event in the US to be cancelled due to health concerns.

The Indian Wells tournament popularly dubbed the fith Grand Slam is one of the biggest tennis event outside the four Grand Slams, was cancelled just days before its commencement.

Officials said in a news release on Sunday that they opted to cancel the tournament after the health department of California’s Riverside County declared a public health emergency for the Coachella Valley – in the desert east of Los Angeles – after a confirmed case of COVID-19 locally.

No further details of the case were given by the health department.

The organisers had earlier said they planned to go ahead with extra health measures in place such as hand sanitizing stations, beefed up cleaning protocols and gloves for ball kids, volunteers and food workers.

The ATP and WTA had also issued virus-related guidelines, telling players not to accept items from fans to be autographed.

Even before the cancellation of the tournament, which draws more than 400 000 fans yearly, had offered refunds to anyone who bought tickets but did not want to attend.

Many of the players have already arrived in Indian Wells for the event with qualifying matches scheduled to start on Monday and the main draw set to kick off on Wednesday.

“We are very disappointed that the tournament will not hold, but the health and safety of the local community, fans, players, volunteers, sponsors, employees, vendors, and everyone involved with the event is of paramount importance,” said tournament director Tommy Haas.

“We are prepared to hold the tournament on another date and will explore options,” Haas added.

The number of American coronavirus cases is now at over 500 and involves some 30 US states.

California officials are also battling to contain an outbreak on a cruise ship off the coast where 21 people have tested positive for the virus among the 3 500 people on board. 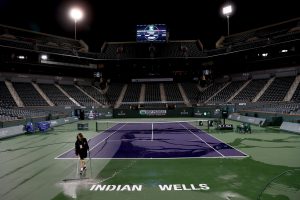 CORONA VIRUS IS TOO MUCH A RISK TO TAKE

“There is too much risk, at this time, to the public health of the Riverside County area in holding a large gathering of this magnitude,” said doctor David Agus, professor of medicine and biomedical engineering at the University of Southern California.

“It is not in the public interest of fans, players and neighboring areas for this tournament to proceed. We all have to join together to protect the community from the coronavirus outbreak.”

Indian Wells lasts two weeks and draws some of the largest crowds for a tennis event in North America. The number of competitors and lucrative prize money being offered for the men and women has helped earn it the nickname “Fifth Slam”.

There is also a men’s and women’s tournament schedule for Miami later this month but there was no word on any changes to that event.

Following Miami, the tours head to Europe for the beginning of the clay court season. The run up to the French Open includes the ATP and WTA event in Rome, Italy, the hardest hit European country with 366 deaths from the virus.

The virus now known as COVID-19 originated in Wuhan, China, late last year and quickly spread across the globe.

The illness affects the respiratory tract and can be transmitted through coughing, sneezing and contact with those infected or with surfaces where the virus is present. Symptoms include fever, coughing and difficulty breathing.

In Italy, the Serie A football season has descended into controversy because of match cancellations and player resistance to competing in empty stadiums.

Among other sports disruptions worldwide, the start of Japan’s J-League has been postponed. The Chinese Formula One Grand Prix was cancelled and the Bahrain Grand Prix is set to be held without spectators.

In the United States, the NBA has warned teams to prepare for the possibility of playing games in empty stadiums.

The NHL is also monitoring the outbreak and indicated it wouldn’t object if teams choose to limit access to players by media in the locker room. 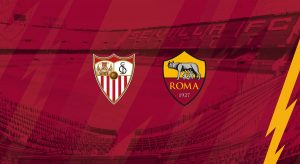 In another related development this time in Europe, the Sevilla vs Roma and Inter Milan vs Getafe fixtures in the UEFA Europa League on Thursday have been postponed.

It came after Roma were banned from travelling to Spain by local authorities over coronavirus fears.

Italy is on complete lockdown to prevent the spread of the deadly coronavirus with them and other countries placing restrictions on football matches.