Sadiq has been diagnosed with a ruptured anterior cruciate ligament in his right knee that will keep him out until the end of the season.

The Nigeria international was substituted in the first half of Real Sociedad’s 2-1 defeat at Getafe on Sunday night.

His former teammate, Rudiger, who he played with at AS Roma between 2015 and 2017, has not been left out.

The Real Madrid defender took to Instagram to express his get well soon wish. 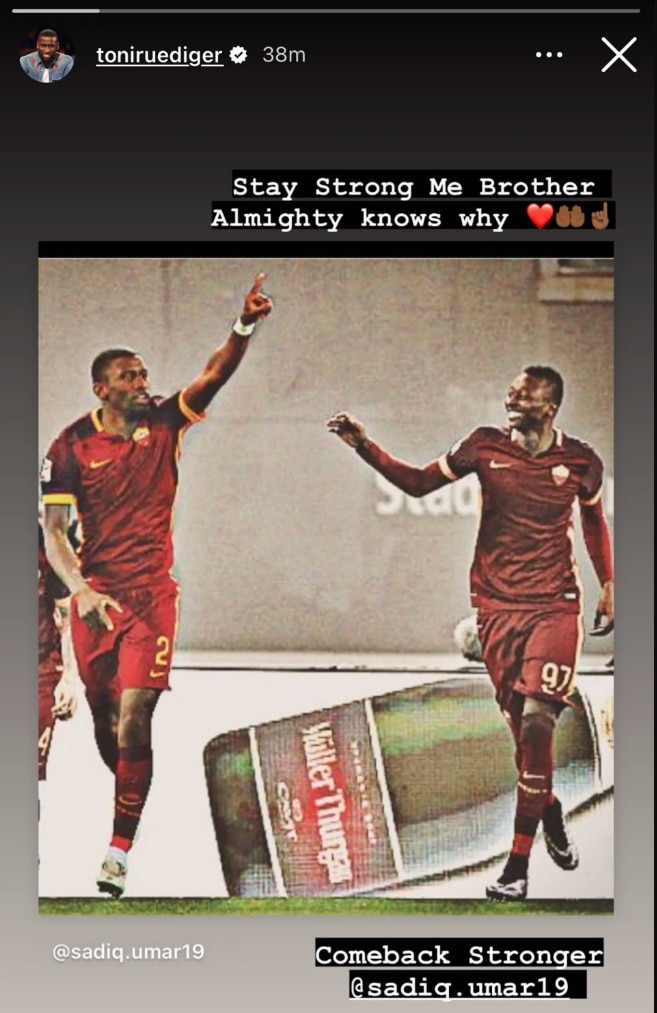 He scored on his debut for the White and Blue against Atletico Madrid.