Can Liverpool and Mo Salah stop Real Madrid in Kiev

All is set for Mo Salah and his Liverpool gang to file out and write their names in the history of European football against the Spanish giant and defending Champion Real Madrid.

Mo Salah is already on the path of history as he looked set to win the Ballon D’or if Liverpool win the battle of Kiev. Salah has been sensational this season for both club and country and have scored more goals than Messi and Ronaldo who have dominated the scene for so long this season. 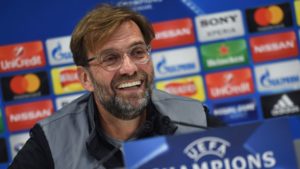 Meanwhile, Liverpool’s German Manager Jurgen Klopp will need all the luck in the World tomorrow to win a major final having failed in all but one finals he has played. Liverpool remain the underdog despite many fans across the World routing for them to beat Real Madrid in the final. Real Madrid on the other hand, looked set to capture their 13th UCL Cup and a third in a row at the expense of Liverpool. Both managers have been talking tough ahead of tomorrow’s game since they arrive in the city of Kiev.

No doubt, the two sides fits the bill as they both have a very rich European Football history to fall back on. We all expect a lot of fire works in tomorrow’s final.