BALE DELIGHTED TO BE BACK AND SCORING

Not quite a minute after Zinedine Zidane replaced Karim Benzema with Gareth Bale, the substitute finished Lucas Vazquez’s cross with a first-time side-footed effort into the net. Cristiano Ronaldo who was lurking at the back post was ready to make sure the ball went in, but that was not needed.

The Welshman’s goal put Real Madrid 2-1 in front and soothed the Spanish club’s worries against Al Jazira following some poor finishing in the first half of the second semi-final at the FIFA Club World Cup UAE 2017.

“One can say it was a difficult game but if we’d finished off all our chances to score it would’ve been an easy one,” Bale told FIFA.com as his team’s kitmen bustled around him, having just emerged from the Real Madrid changing room where music was still blaring out. “In the end it was tough because we didn’t score. The most important thing is that we won, and it doesn’t matter if it was 6-0 or 2-1.”

The smiles on his team-mates’ faces in the wake of the 2-1 triumph were not only in celebration of reaching the Club World Cup final, but also at seeing a happy 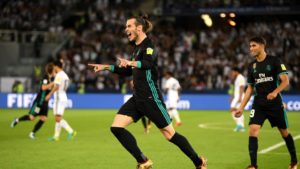 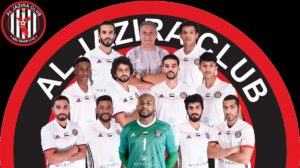 He had been sidelined for more than two months with muscular complaints, an ailment that has plagued him since his arrival in Madrid five seasons ago.

“Yes, it’s been a difficult period,” he said, before praising his team-mates for their support during his spell out of action. “Every footballer goes through phases in which they have injury problems, but they’ve been right there with me, asking how I was doing in my rehabilitation process.

“It’s nice to be back on the pitch playing again,” Bale continued with a smile. “Now I just have to keep going.”

And what better way to do so than against Gremio in the final on Saturday? Los Blancos are just 90 minutes away from finishing 2017 with a fifth title of the six available to them this calendar year.

“That’s our objective,” Bale said. “We came here to win the trophy and defend our crown. Now we have to recover and prepare ourselves for the final, which we hope to win.”

With the interview drawing to a close, we asked Bale if he had congratulated Ronaldo on becoming the competition’s all-time top scorer. He looked surprised and smiled: “I didn’t know that. But I’ll definitely congratulate him now.”