Arsenal Fans Turn To The Record Books To Silence Their Tormentors

Arsenal fans are getting bashed by fans of other clubs after enduring their worst season in over 25 years. The once dominant team of North London have simply been on the downward trend for over 6 seasons which eventually led to the end of their long serving manager Arsene Wenger.

Arsenal brought in Unai Emery who showed a lot of promises on arrival but didn’t get enough backing from the board coupled with his boring style of play and poor player management. One major flaw with the Arsenal board has been not buying the right players to fill the gaps in the team. Emery left unceremoniously and was replaced by their former Captain Mikel Arteta who was the former Assistant to Pep Guardiola. His arrival has not really changed anything other than occasional flashes of what the team can achieve.

Arsenal’s failure on the pitch has further put more pressure on the board who need to back their manager up in the summer if they want the team to have a balance. They will also need to sell smart to reduce the wage bill which has been a major problem of the team. Filling the position of the central defence has been a major problem for the team and its time to solve the problem if the board is serious about taking the team forward. A highly rated defensive midfielder is also a key area the team will need to sort out during the summer.

Arsenal can gate crash into Europe if they beat Chelsea in the FA Cup final this weekend. This is one task that looks difficult looking at the recent records of both sides.

As the bashing continues, Arsenal fans have turned to the record books to remind their tormentors that they are still a team to reckon with and it is just a matter of time before they bounce back. Winning the FA Cup this weekend against Chelsea will redeem their pride and douse the fears and shame of not going to Europe for the very first time in over 25 years. 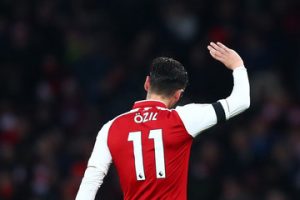 This are the records Arsenal pride in and they believe their team still has what it takes to start competing at the highest level again.