Gabriel Magalhaes’ winner capped a brilliant individual performance from him alongside William Saliba in what was the clearest example yet that Arsenal have the defensive partnership required of champions. The calmness of their actions, their physical dominance, and the telepathy of their connection are giving the Gunners the confident platform they need to keep on winning.

Assisted by Thomas Partey, who was immaculate in picking up second balls and redistributing possession, Arsenal were able to completely dominate the game at Stamford Bridge. It is too early to criticise Graham Potter (he needs a lot of time and patience for his ideas to take hold, especially with such a lopsided squad) but Chelsea were very poor, deciding to play in a defensively conservative system but without the necessary counter-attacking elements.

Pierre-Emerick Aubameyang had just eight touches of the ball and Kai Havertz was nowhere to be seen. It was clearly a mistake to use a 4-2-3-1 formation without Matteo Kovacic in midfield as Jorginho and Ruben Loftus-Cheek were predictably overrun by the swarm of bodies in this area, while the plan to use Raheem Sterling, Havertz, and Aubameyang as a three-pronged attack never got going.

As usual, Tottenham Hotspur started slowly before trying to win the game only in the last half an hour of the match, and Antonio Conte is surely to blame for the negativity that his players are displaying before those desperate final throes.

They were outplayed in all areas on Sunday prior to Dejan Kulusevski’s introduction from the bench, and although injuries partly excuse them – Kulusevski, Lucas Moura, and Richarlison being unfit meant there was no pace up front for the counters – the formation was all wrong, too.

Conte’s 5-3-2 was never going to be the right way to play against a Liverpool front four. The Tottenham wing-backs were pinned right back, which left a three-man midfield needing to cover the entire width of the pitch, and their failure to do so allowed Liverpool to easily discover the out-ball to Andrew Robertson again and again. This led directly to the opening goal and to numerous other first-half chances.

Liverpool’s new formation surely can’t last long term. It is effectively a corrupted 4-3-3 in which Roberto Firmino is flanked by Mohamed Salah and Darwin Nunez (who flit between being wide and central) and Fabinho and Thiago Alcantara hold together in midfield as Harvey Elliott floats freely in the right half-space. Most people are calling it a diamond 4-4-2, and indeed Jurgen Klopp’s system doesn’t quite fit into any of our traditional labels. 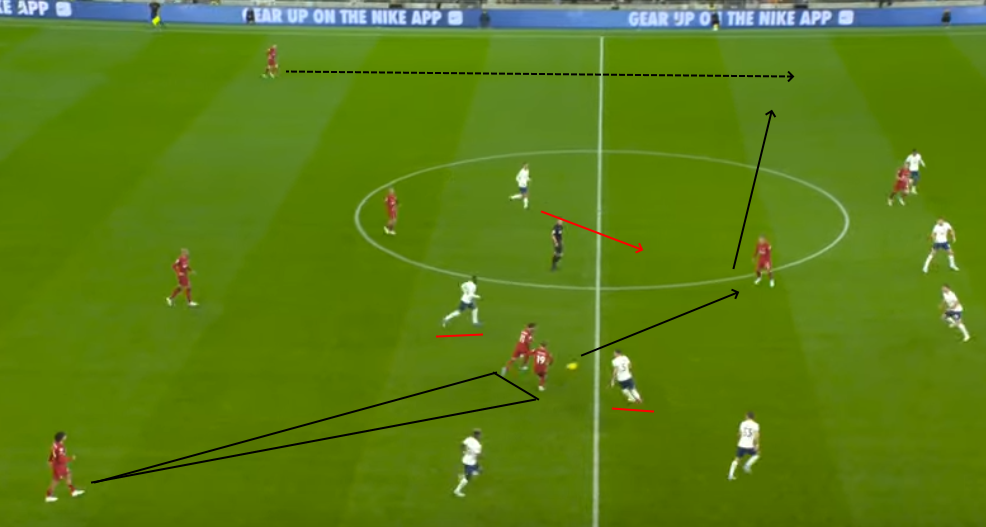 That is one reason why opponents are struggling to work out how to defend it. On Sunday, the way Elliott could interact with Trent Alexander-Arnold and Salah on that right flank drew the play over to their side of the pitch, in turn creating the space on the other side for the switch pass to Robertson. It was effective, for a while, but ultimately as Spurs built back into the game the immobility of the Fabinho-Thiago axis was again exposed. Liverpool nearly dropped two points as Klopp began to panic, dropping his team deeper and deeper before switching to a back five for the final few minutes, inviting pressure.

There is no way this weird 4-2-4/lopsided 4-3-3/diamond 4-4-2 can last. But it might just paper over the cracks until Klopp can finally replace Georginio Wijnaldum. Liverpool need to pay whatever it takes to land Jude Bellingham.

Unai Emery has always had a very particular tactical philosophy but it came as a big surprise to see Aston Villa enact certain aspects of it after just three training sessions with their new manager. Emery coaches meticulously designed counter-attacks from a low block, with dangerous short-passing encouraged to draw the opposition press before suddenly switching gears to gallop behind the onrushing players.

Villa’s first and third goals were the result of this kind of move. Emiliano Buendia was the skilful passer under pressure to release the pace of the forwards, with Leon Bailey and Jacob Ramsey predictably coming to the fore; both are excellent dribblers and both are keen on a lung-busting late run into the penalty area, as we saw for their respective goals.

Emery had deployed a very narrow 4-3-3, with both Bailey and Buendia expected to come infield in order to be close to Ollie Watkins and Ramsey for those high-energy, fast-interchanging breakaways. We will see a lot more of these over the coming months. 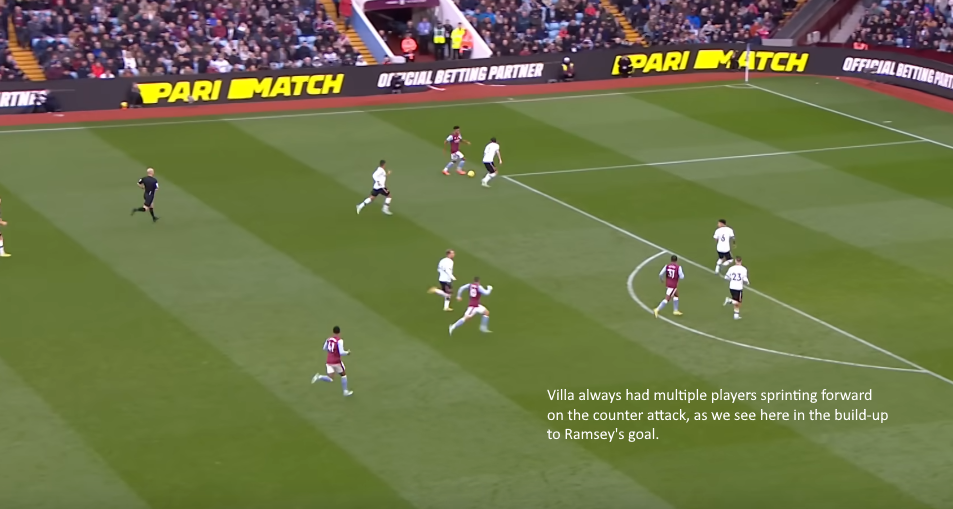 Leeds United’s 19-year-old forward Wilfried Gnonto changed the game after coming off the bench at half-time. Bournemouth had been in total control of the match until that point, when his energy and intelligence in the final third inspired a comeback that was also partly the result of Jesse Marsch’s switch from 4-2-3-1 to 4-3-3.

Marsch is a very active manager, hence the various comebacks we have already seen since he took charge at Elland Road, and this was another perfect example of his ability to tactically read a game. An extra body in deeper central midfield wrested control from the Bournemouth players and forced them back, creating extra space for the likes of Gnonto in the final third. It was his excellent run and through ball that assisted the winner.