Gafar Olawale Liameed, Founder/Adviser of 36 Lion Football Club in Lagos, has been given an award of excellence by the National Youth Congress (NYC), Abbeylivenetwork.com understand.

He was honoured at award ceremony organised by the congress on Thursday 3rd November in Abuja.

Liameed was singled out for the honour due to his numerous grassroots development strides in Nigeria. 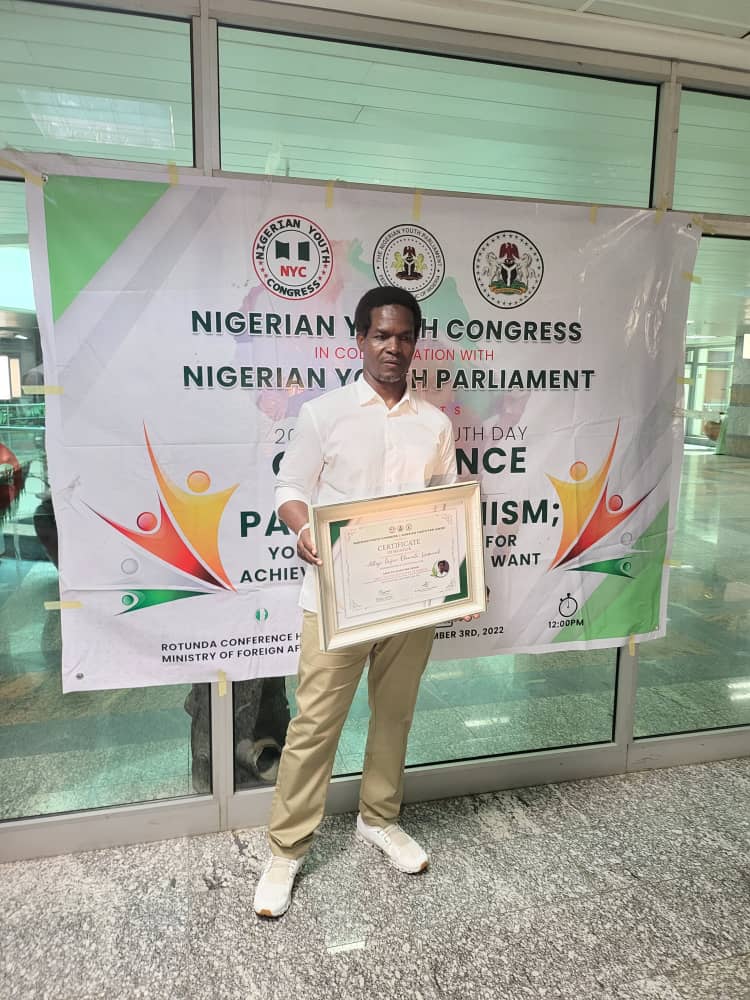 Gafar Liameed is an astute football administrator, brilliant coach, one man who regards Football as his second religion and a staunch youth developer.

He was the only African who, in Rio de Janeiro 2016, groomed and presented three Nigerian Olympians who won bronze in the same Olympic year (Imoh Ezekiel, Junior Ajayi and Sodiq Popo)

He is the first person from Africa who is building a 36 000 square meter football vocational school for youths ages 14 to 21. He is the only club founder who gives his players 18 hours of coaching per week.

Liameed is the only man in Africa who has youth clubs spread across West Africa, a top class scout with an Eagle eye.

An administrator in the world of football who has made investments in a number of young businesses, including Elegbete T.V., Elegbete Radio, Jive Hub Tech, Comepass Prevarsity, etc.