UEFA have appointed Polish referee Szymon Marciniak to be in charge of the upcoming UEFA Super Cup Final between Real Madrid and Atletico de Madrid, which will be played in Tallinn on Wednesday August 15th.

Szymon Marciniak is set to take charge of the European Super Cup clash dubbed Madrid derby in Tallinn between Real Madrid and Atlético on the 15th of August at the A. Le Coq Arena in Tallinn (9:00pm). It will be the fourth time he oversees a game involving Real Madrid in recent times, all three previously coming at the Santiago Bernabéu. 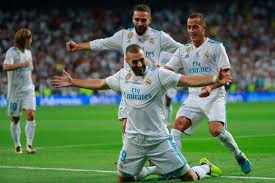 In the Group Stage of the last Champions League, the Polish official took charge of the clash with Tottenham (1-1). In the previous edition and also in the Group Stage, he oversaw the meeting with Borussia Dortmund (2-2), while in 15/16, he refereed the second leg of the last-sixteen tie against Roma (2-0).
Abbey Live Network will be there to cover the match.