Anthony Joshua must fight Wilder within 12 months to become undisputed

The Promoter of ANTHONY JOSHUA, Mr Eddie Hearn has said AJ will have to fight Deontay Wilder within the next twelve months if he wants to become the undisputed heavyweight champion of the world.

The promoter says AJ must slug it out with the Bronze Bomber within 12 months if he beats Joseph Parker. He reckon that the boxing red tape and politics might forced him to drop some of his current and potential belts. 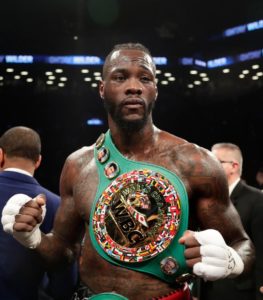 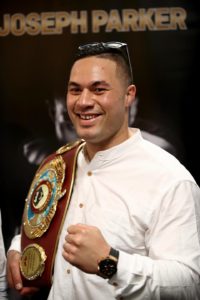 The promoter who spoke to iFL TV says: “There’s going to be a very limited window for Joshua to become the undisputed heavyweight champion of the world.

“With all the mandatory fights – and with everything else – you’re probably only going to get one shot in three or five years and that is about this time if he beats Parker.

“So he has to fight Wilder within the next 12 months to get the undisputed title otherwise it won’t be possible.