Tottenham Hotspur and Liverpool have joined Ajax and Barcelona in the semi-finals of the Uefa Champions League.

Despite losing 4-3 to Manchester City in the quarter-final second leg Spurs moved into the semis on the away goals rule after the tie ended 4-4 on aggregate.

The north London side will now face Ajax in the semi-finals. The Dutch side beat Juventus 3-2 on aggregate in the last eight. 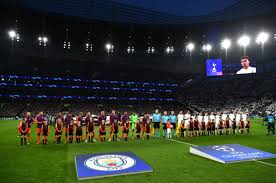 Liverpool will play Barcelona in the other Champions League semi-final tie. Jurgen Klopp’s men beat FC Porto 4-1 away in the quarter-final second leg to win the tie 6-1 on aggregate.

Spanish champions Barcelona, the overwhelming favourite to win the competition, beat Manchester United 4-0 on aggregate in the other quarter-final clash.

When are the semi-finals?

Tottenham play Ajax at home in the first leg on 30 April. Spurs then travel to Amsterdam on 8 May.

Barcelona will host Liverpool at the Camp Nou on 1 May with the return fixture taking place at Anfield on 7 May. 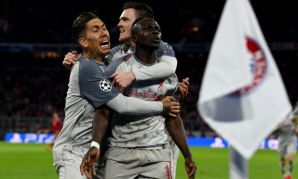 Uefa has also confirmed which team will be at “home” for the final on Saturday 1 June. Should Tottenham Hotspur or Ajax progress to the final they would be the home team, with Barcelona or Liverpool being the away team.

The 2018-19 Champions League final will be played at the Estadio Metropolitano in Madrid, Spain.