ALL THE FACTS ABOUT FIFA CLUB WORLD CUP: CAN REAL MADRID DEFEND THEIR TROPHY 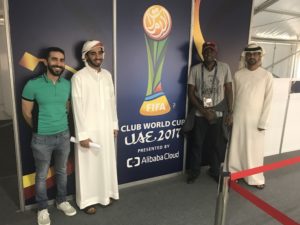 The inaugural edition of the FIFA Club World Cup took place in January 2000 with Manchester United becoming the first European club to participate, following their famous 2-1 win over Bayern Munich in the 1999 Champions League final.

Back then, the competition has a group stage format containing two groups of four teams each with the winners competing against each other in the final.

The competition was put on hold between 2001-2004, but it returned in 2005 with a new seven team format which has remained ever since.

Barcelona are the most successful club in the competition. They have won it three times in total, most recently in 2015 when they beat River Plate in the final.

Real Madrid are next having won the competition twice in the past. They defeated Argentine side San Lorenzo in 2014 and Kashima Antlers from Japan last year.

Manchester United, AC Milan, Inter and Bayern Munich have each won the competition once apiece while Brazilian clubs Corinthians (twice), Sao Paulo and Internacional, account for the only non-European winners. No African team has ever win the competition.

At the quarter-final stage, the AFC, CAF and CONCACAF champions enter the competition with one of them playing the winner of the play-off.

The two winners of the quarter-finals will then face either the UEFA or CONMEBOL champions who enters the competition in the semi-final, with the winners going through to the final and the losers dropping into the third-place play-off.

Should a match at any stage in the competition end in a draw, extra-time and potentially penalties come into play to determine the winner.

This year FIFA has introduced the Video Assistant Referee (VAR) technology for the first time in the competition.

Who Is Playing Who In The Semi Final

In the 1st semi-final, Brazilian side and Copa Libertadores winners Gremio will face Mexican side Pachuca, who defeated Wydad Casablanca of Morocco after extra-time in the last eight. That game will take place on Tuesday in Al Ain.

Real Madrid will play in the 2nd semi-final where they will play against the UAE Pro-League champions, Al Jazira, who eliminated New Zealand’s Auckland City in the play-off and Japan’s Urawa Red Diamonds in the quarter-final, on Wednesday at the Zayed Sports City Stadium.

The third-place play-off and the final will take place on Saturday at the Zayed Sports City Stadium in Abu Dhabi.

Can Real Madrid Win It?

Real Madrid have won four trophies in 2017 but they could end the year with a fifth if they can defend the Club World Cup.

Shortly after thrashing Sevilla 5-0 at the Bernabeu in La Liga on Saturday, Zinedine Zidane’s squad jet out to Abu Dhabi on Sunday to compete against this year’s other continental champions. All eyes will be on Zinadine Zidane’s press conference this evening at the Zayed sports city stadium in Abu Dhabi.

Who Are The Stars Of This Years Competition 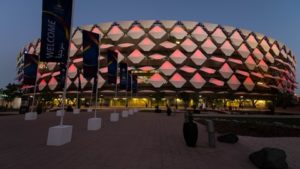 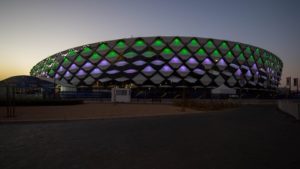 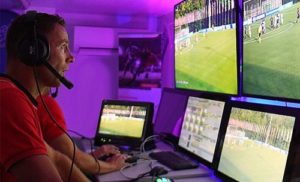 Morrocan forward Mbark Boussoufa, who won three Belgian Player of the Year titles during his spell with Anderlecht.

On the other side of the semi-final draw, Pachuca have a journeying man in their ranks in the person of ex-CSKA Moscow and AC Milan midfielder Keisuke Honda. The Japanese playmaker has been in good form for his new club, scoring six goals since joining them last summer.

Gremio, meanwhile, have the 2016 Olympic gold medal winner Luan in their ranks alongside the highly-rated midfielder Arthur, who has been linked with a move to Barcelona recently.

General Conception About The Competition

There is a general belief that European clubs have placed a lesser importance on the FIFA Club World Cup than the other continents.

However, Zidane seems keen to win it for a second time as he has named a full-strength squad for the trip to the United Arab Emirates, with Gareth Bale included in the travelling party.

Speaking after their victory over Sevilla at the weekend, Zidane said: “We did very well and it was very important for morale to get the three points before going away to prepare for the game on Wednesday (in the Club World Cup).

“Everyone thinks that it’ll be easy (in the United Arab Emirates), but it won’t be.

“We are going to travel tomorrow (Sunday) and we want to do a good job and win another trophy”.

Nevertheless, Zidane may look to rotate his squad against Al-Jazira and again in the final on Saturday should they qualify, as they look foward to the El Clasico against Barcelona come December 23rd.